Adult amateur musicians from a score of countries and citieswill gather at St Agnes’ Community Centre for Music & the Arts, Armagh Rd, Crumlin, on Saturday February 22nd and Sunday February 23rd including musicians from Singapore, Scotland, Spain, the Netherlands, Belgium, Germany, England, the United States of America and of course, Ireland.

The international guests and Dublin based players combine forces in rehearsal prior to the CELEBRATION CONCERT at 4 pm on Sunday 23rd February which will be attended by President Michael D Higgins and Mrs Sabina Higgins. The concert marks the 10th anniversary of St Agnes Parents String Orchestra, a late starter orchestra managed by St Agnes’ CCMA and conducted by Seamus Doyle.

What is so remarkable about this gathering? These are neither professional nor youth orchestra musicians. The guest musicians coming to Crumlin, Dublin 12, represent LATE STARTER ORCHESTRAS in their home cities and countries, and have gathered for the weekend with several objectives:
– to network at the ROUND TABLE FORUM
– to discuss music rights for adults of any age, as expressed by the International Music Council,
– share their experiences
– to form an international network of LATE STARTER ORCHESTRAS, enable future networking opportunities and exchange of musicians between orchestras
– to rehearse and perform together in a CELEBRATION CONCERT.

The cultural and social impact of collective music making is enormous.  Alongside sport, music represents the largest arena of active civic engagement in culture in our society. For manycitizens, performance by amateur musicians will be their principal experience of live music as listeners. In addition the health benefits of music making at every stage of life are internationally recognised  Both hosts in Dublin and international guest musicians know this well. This is why they have come together. By his attendance President Higgins himself confirms the importance he attaches to inclusive artistic work carried out by all sectors within the community.

Players can join with no previous experience of music in any form and may beadults of any age, 20s upwards, who never had the opportunity to engage with music in school days. Some may have learned as kids, given it up as many do and come back to it as “returners”. A few may have previously learned an instrument such as piano, and have made a “switch” to an instrument that brings an opportunity to join an ensemble.

Participating in the forum and weekend are players from: 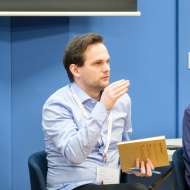